The Grand Duke Of Corsica

A movie about creating a mausoleum? Could be the death of you

As a deadly epidemic slowly begins to sweep Malta, a brilliant architect embarks upon an unusual commission for an eccentric billionaire who calls himself The Grand Duke of Corsica. A state of emergency creates chaos but Alfred Rott, ever the professional, remains determined to finish the job.

Andrew Danyals says: An architect being commissioned to create a mausoleum for an eccentric billionaire might seem to make for curious comedy fare, but there is something that catches the eye in THE GRAND DUKE OF CORSICA. It has a quirk and aspires to touch on deeply philosophical notions. It’s just a shame it never quite reaches the heights of those aspirations.

The material is there but director Daniel Graham doesn’t quite bring it together smoothly in this, his second feature. That’s not to say it isn’t entertaining – it has some genuinely endearing and humorous moments – it’s just that it feels unpolished. And that it could have been more. As it is, a lot of the film feels like pretentious intellectualism at the expense of an interesting story.

The sub-plot around Frances Assisi is interesting but also suffers from a lack of focus. Peter Greenaway fans will might also call foul on some similarities to The Belly Of An Architect but they’re mostly superficial and general rather than anything too derivative. The quirk has some charm and it’s a shame the pretension detracts from the story but it’s still worth a look. 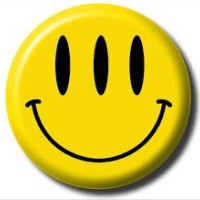 Andrew is a lover of film but hater of schlock. He spends his days writing policy and his nights fighting ignorance. Sometimes he thinks he's two sides of the same coin constantly at war with himself.