Santa Claus is going to town

Action bloodbaths have never been this heartwarming. 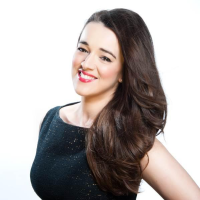 Elizabeth is a journalist who's been in love with film ever since she pestered the manager at her local video store to hire her at age 14 (Seriously, she went in every Friday at 4pm and asked "Any jobs yet?" Pretty sure he hired her just to shut her up). She started reviewing with Anthony Sherratt in 2004 as a way of justifying the obscene amount of money she spent on movies to her parents. This two-person side-hustle eventually became Super Quick Reviews, which now comprises a team of reviewers from across Australia. She's also now a regular contributor for Empire, the world's biggest film magazine (coincidentally also because she just showed up at the office and pestered the editor to hire her.) A self-confessed media tart, Elizabeth has also written for many other publications including Woman's Day, The Sydney Morning Herald, The Sun-Herald, The Age, Take 5, SheSAID, Mamamia, Your Tango, and My City Life. She likes long walks up the makeup aisle (check out her beauty product-filled instagram @thebeautypalate) and correcting people's grammar.