A boy named Pino with a threatening chronic illness decides to break away from his wealthy family’s housebound coddling.  He makes friends with the neighbourhood gang of kids in an attempt to prove he can live a free life.

Robert Dennys says: There’s a moment in Pino’s story, where he stops in the rainy street to lower his umbrella and feel the raindrops on his face. This simple delight evokes a sense of freedom, authenticity, and a moment of intimacy.  Such experiences have been unavailable to Pino because of his illness, and because of people’s fears around it. The filmmakers use several such evocative moments to connect the audience to the characters, and in doing so, have elevated a modest, preteens-on-bikes adventure comedic to a nuanced drama.

GLASSBOY is bookended with the protagonist’s own streamlined comic-book renderings of his story, and that opening suggests a heightened fairy-tale structure for his story. He is a kind of prince trying to find a path out of being penned up in a castle, and out of an impending cursed fate. Heightened imagery appears sometimes, such when Pino suffers a collapse. He is shown sinking into murky ocean depths until being called back to the surface.  More pleasantly, Pino gets to share a moment with the kid gang’s leader Mavi in a fantastical animated imagined star-scape in a sweet and elegant moment of friendship.

Outside of such imaginative moments, the plot and characters are more mundane but still quite warm and entertaining. The film is padded out with a spread of plot and character beats that occasionally are somewhat uninspired. The blowhard tutor character gets set up to be clumsily scapegoated (for the sake of younger viewers, I suspect.) Three of the kid gang characters labour under simplistic characterisations, of the “my nickname is my personality” variety. Jokes about how the fat kid can’t stop eating only go so far.

On the other hand, Pino’s parents are caring and wise in ways I found refreshing. Pino and Mavi’s arcs get some thoughtful writing, delivered through reasonably subtle child performances. There is a dramatic moment when a bullied Pino realises a sort of resilient power from accepting being powerless in practice. Such a moment could be an inspiration for viewers who have struggled with threats like illness or with aggression. Some pedestrian moments were more than compensated by the inspiring ones, leaving GLASSBOY as a film that exceeds expectations. 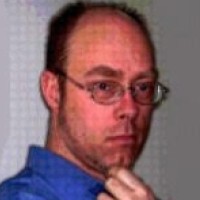 Robert is a former IT professional with interests in linguistics and philosophy, and a fan of fantasy, adventure and science fiction in books, film and comics. He volunteers his time at a social enterprise project and supports circular economy projects to upcycle discarded goods and keep them out of landfill. He moderates and posts on Quora.com.