Avatar The Way Of The Water film review

Did we need a sequel for a movie that just looked good?

After being vanquished, the military conglomerate of Earth decide to never go to the planet Pandora again. Jokes – they of course return in greater numbers. Technology and lazy writing combine to bring the bad guys of the first film back to ‘life’ (this time as native Navi) so they can hunt down our intrepid hero who now has a huge family. He immediately abandons his adopted people and takes his blue smurf family to live with the green water smurfs.

There is no denying the aesthetics of this movie are truly stellar. They far exceed the first film and the underwater scenes are breathtaking. The question is, why go to that much time and effort and not actually also produce a quality story? Or even a passing grade one? To be blunt, you have to endure painful plot holes and horrendous cliches during the looooong three hours and ten minutes. Seriously, they even devolve into high school/teenager tropes.

It is truly bizarre that a movie that revolves so much around spirituality is nearly completely soulless.

If I was on the marketing team I’d suggest they just release a cut down 45 minute version of all the underwater scenes and call it an alien documentary. And I’d tell you all to see it. I haven’t left a movie feeling that angry about poor writing since DREAM A LITTLE DREAM 2.

This unnecessary and unwanted sequel is the living embodiment of the devastatingly good-looking person who turns out to be a horrible human being.

An appalling misallocation of budget, focusing billions of dollars on mind-boggling special effects and nothing on a quality (or at least interesting) script.

It will make billions because most people only see a handful of films and don’t have high expectations.

Except for being underwater, we’ve seen this tale before.

On the positive side, Avatar 2 is so lightweight you’ll have forgotten it minutes after leaving the cinema. 4/10 (All for the SFX)

Peter Linning says: I was recently asked whether Avatar 2 was worth seeing in the high-framerate 3D, and before I replied by saying it’s only worth seeing in the high-framerate 3D. I don’t disagree with anything that Anthony and Stephen said, but I got exactly what I expected – a feast for the eyes, an incredible technical achievement, and an otherwise completely disposable blockbuster. If you’re going into this movie expecting anything else you’ll be disappointed, but I’d also wonder why you expected anything else.

Remember Avatar 1: Original Recipe Avatar? It’s just that again, and that’s fine. I’m giving it a 6/10 on the basis of being a treat for the senses, but it’d likely be half that if you were to watch it at home on your TV.

Post Views: 286
4.5
Soulless
The movie incarnation of the devastatingly good looking person who turns out to be a horrible human being. 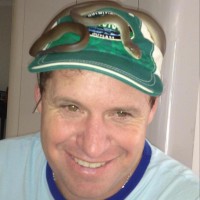