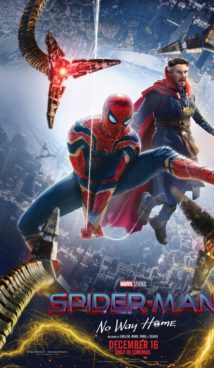 Picking up seconds after the end of Spider-Man Far From Home, the world has just discovered Peter Parker is Spider-Man. Faced with a world of recognition and animosity for not only himself but his friends, Peter struggles with what to do. When he enlists Doctor Strange’s help to restore his secret, the spell tears a hole in their world, releasing the most powerful villains who’ve ever fought a Spider-Man in any universe. Now, Peter will have to overcome his greatest challenge yet, which will not only forever alter his own future but the future of the Multiverse.