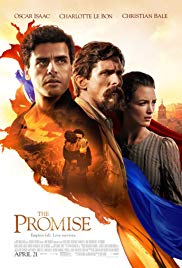 WWI saw many atrocities, but the Armenian genocide is one that is fading from history. That story is told via the romantic rivalry between a medical student and a renowned journalist with Anna, an Armenian freshly returned from France.