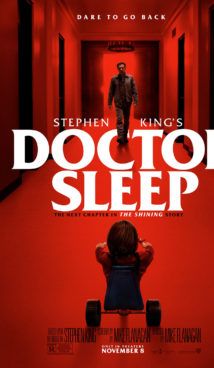 After the traumatic events that claimed his father at the Overlook Hotel (in Stephen King’s classic THE SHINING), Danny Torrence has descended into, and slowly recovered from alcoholism. His hope for a normal life is shattered when he meets Abra, a teen who also has the Shining. Together they unwittingly and unwillingly find themselves fighting off a dangerous gang who feed of the Shine of special children to make them immortal.